I made it up to the dish with a friend today, and was in awe with the beauty here. I’m still amazed with how abruptly the urban/suburban bustle and development stops in this area, giving way to huge open spaces and nature. There is a big radio-telescope here (aka the Dish), which is apparently still in operation. From here, one can see SLAC, however even with Stanford ID’s, they wouldn’t let us onto SLAC’s property. A lot of ground squirrels, which are apparently different from prairie dogs. They look much like the grey squirrel, but a bit fatter, and with a mottled brown coat. And they still have the tails. 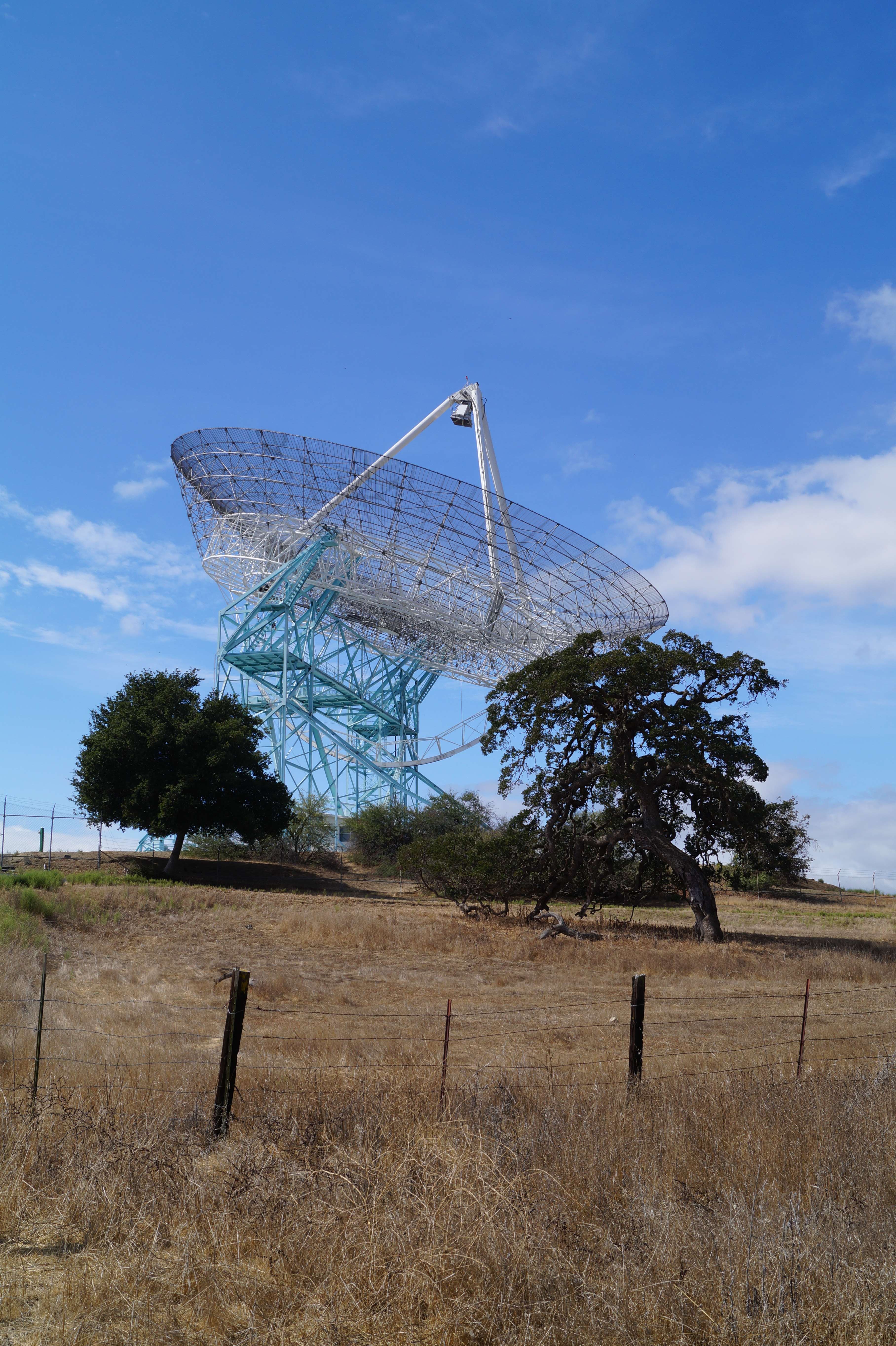 We also witnessed watched 3 red-tailed hawks acting very oddly.  One repeatedly rose a few hundred feet above another, and then dive-bombed down on him, in a faux attack.   Possibly two males fighting for a female’s favor?  In that case, I found it odd when all three roosted in close proximity right at the peak of the Dish’s receiver.